After seven sessions in Europe, the MESGO team was in New York from 30 November to 4 December 2015 to learn more about the North American model of sport.

Hosted by Major League Soccer (MLS) on the Monday, the participants had the opportunity to meet Stefan Szymanski, professor at the University of Michigan, and Steve Ross, professor at the Pennsylvania State University, who presented the economic and legal development of the North American sport leagues. They were followed by Sunil Gulati, president of United States Soccer Federation, and different speakers from MLS and the New York Red Bulls soccer club, who presented their respective organisations. 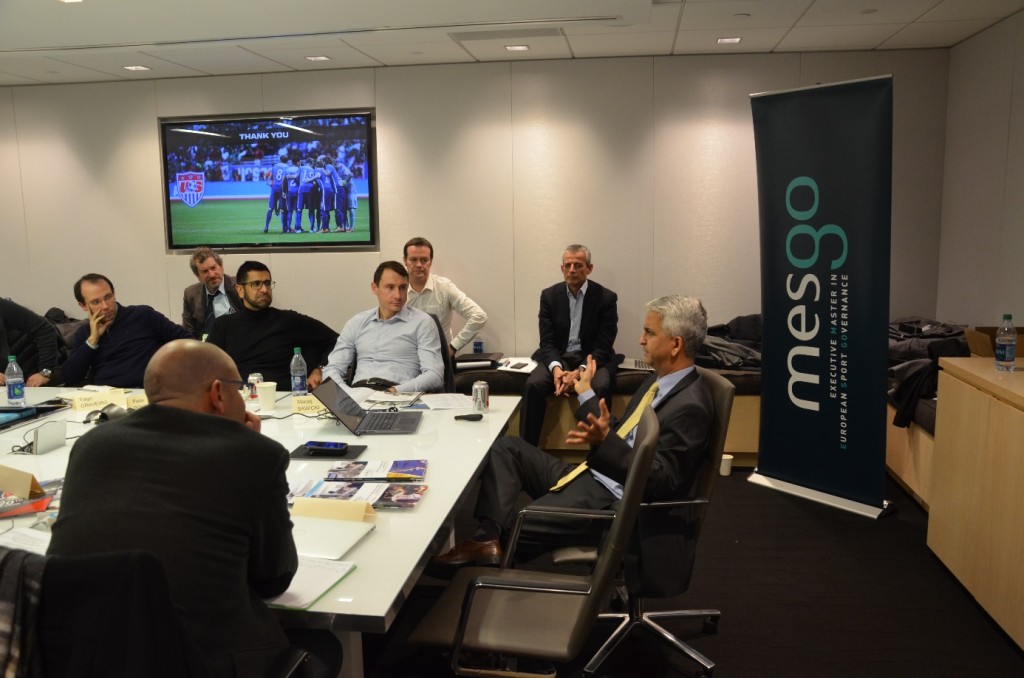 Round-table discussion at the MLS headquarters with Sunil Gulati, president of US Soccer

On the Tuesday, the group visited the NBA, where several presentations on this major North American league were given, focusing predominantly on competitive balance, social responsibility, the international approach and the marketing strategy of the NBA. Among the speakers were Kiki VanDeWeghe, Executive Vice President of Basketball Operations and former NBA player, and John Paul Basile, Associate Vice President for Business Development and Operations. A presentation on the National Collegiate Athletic Association (NCAA) was also on the agenda. 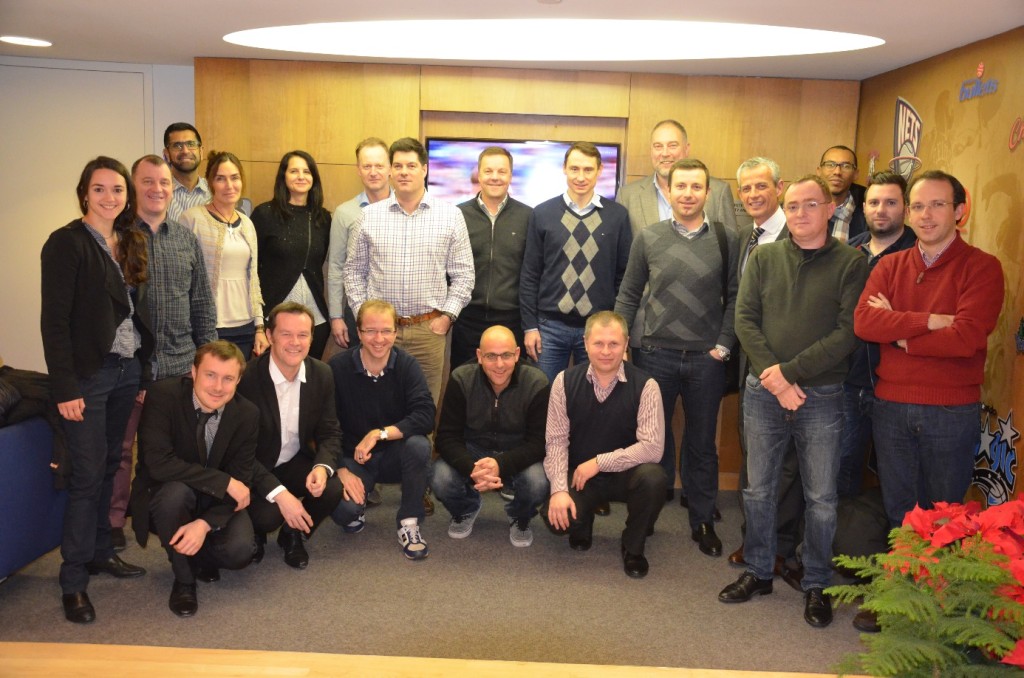 The MESGO team at the NBA

The MESGO participants were welcomed at the National Hockey League (NHL) on the Wednesday. Following presentations by Andrew Zimbalist, professor of economics at Smith College (Northampton, USA) and Joel Maxcy, president of the International Association of Sports Economists (IASE), the participants discussed the governance of the league with the NHL commissioner, Gary Bettman, and the deputy commissioner, Bill Daly. 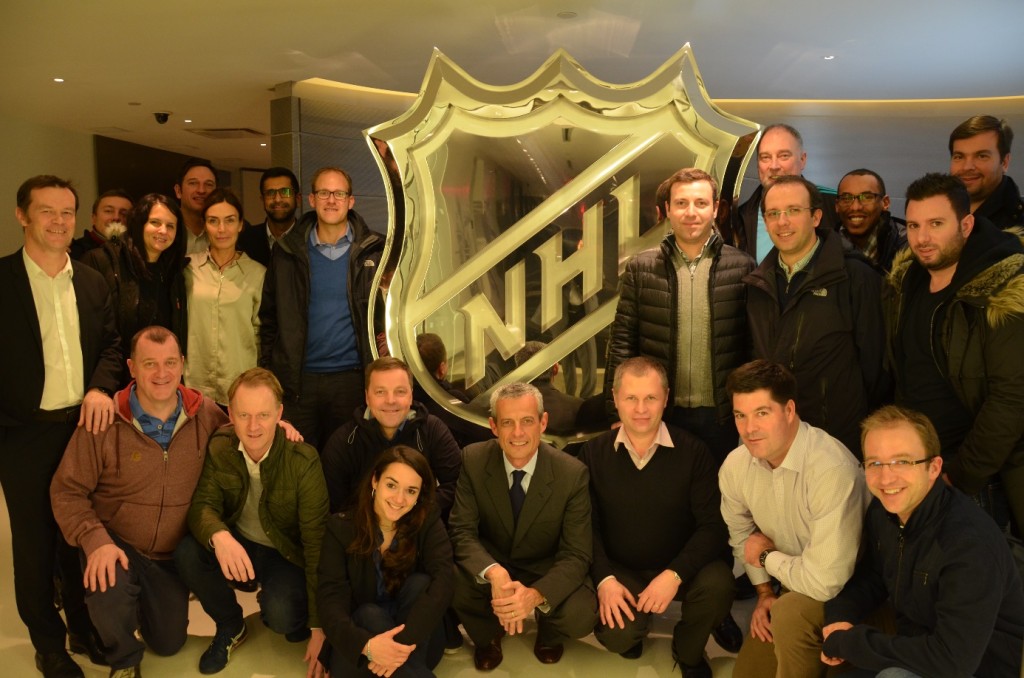 The MESGO group at the NHL headquarters

At St. John’s University campus on the Thursday, the MESGO team visited the sports facilities of an American university during the training session of its basketball team. After a presentation about the organisation of the New York marathon by the New York Road Runners Association, the famous commentator of the American TV channel ESPN, Andrew Brandt, explained his career at the National Football League (NFL). The day ended with a discussion between the MESGO participants and the alumni of St. John’s University to share experiences and opinions by comparing the academic sport system in Europe and in the US, before a cocktail dinner. 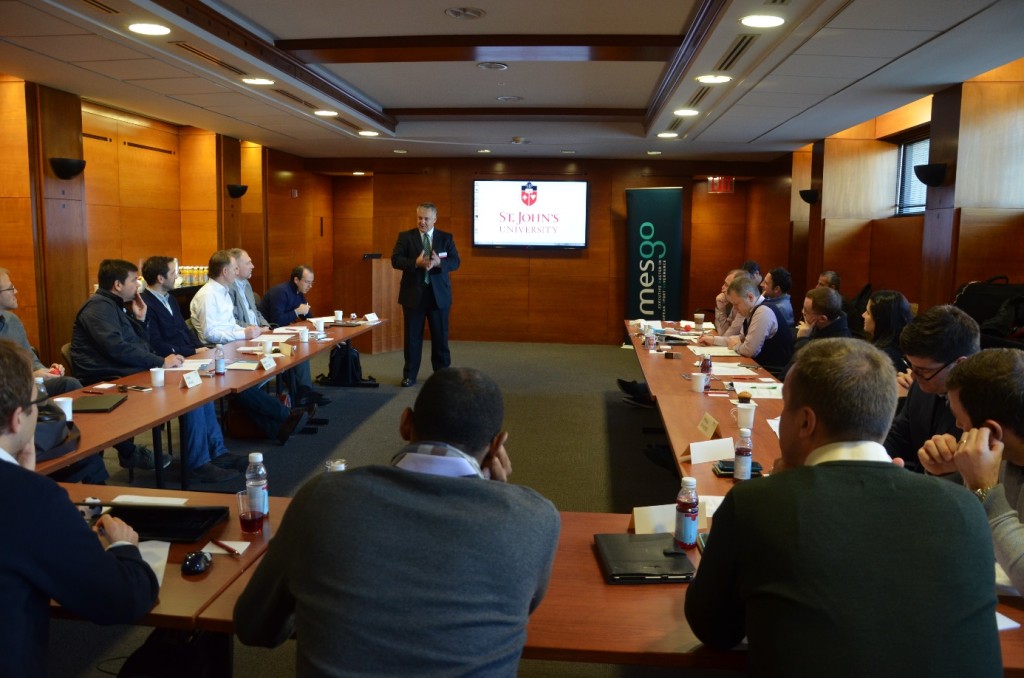 Presentation of the campus by Glenn Gerstner, associate professor at St. John’s University and chair of the sport management division 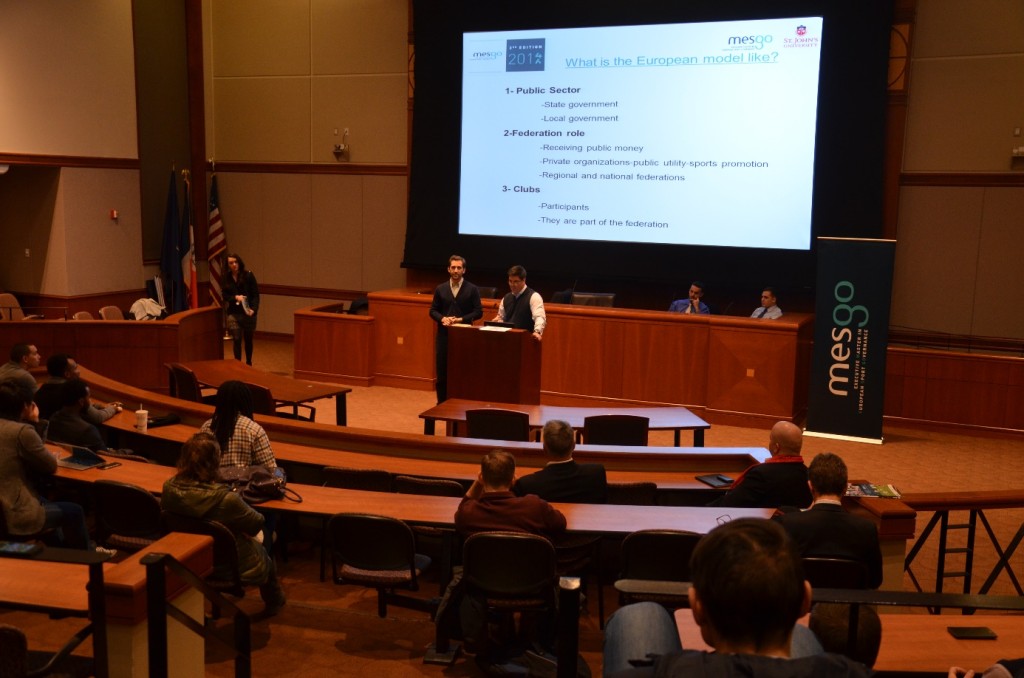 Panel discussion comparing the academic sport system in Europe and in the US: presentation of the European model by Mario Woldt and Jonathan Hall (MESGO participants)

Co-led by Didier Primault, General manager of the Centre de Droit et d’Économie du sport (CDES) in Limoges, France, and Francesc Solanellas, consultant at the Institut Nacional d’Educació Física de Catalunya (INEFC) in Spain, the eighth session came to a close on the Friday at Madison Square Garden. The morning was dedicated mainly to the organisation of baseball in North America, in the presence of representatives of the league (MLB), the players’ association (MLBPA) and a consultant working with players and their agents. The MESGO team then went behind the scenes at this mythical venue, which is famous not only for its frequently sold-out concerts but also for the matches of the New York Knicks basketball team and the New York Rangers ice hockey team. 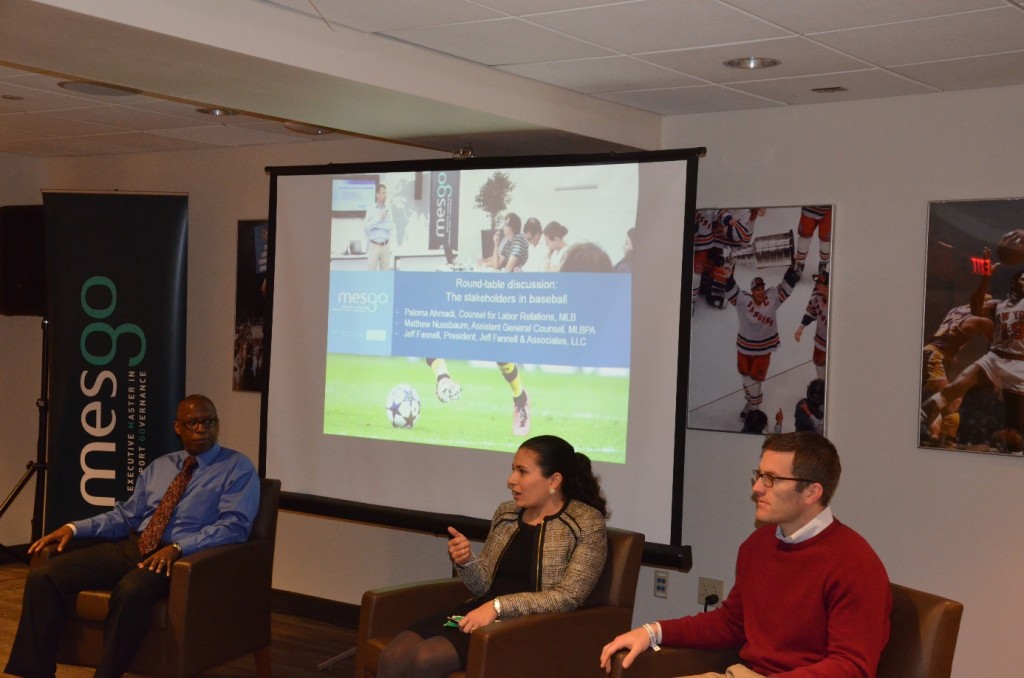 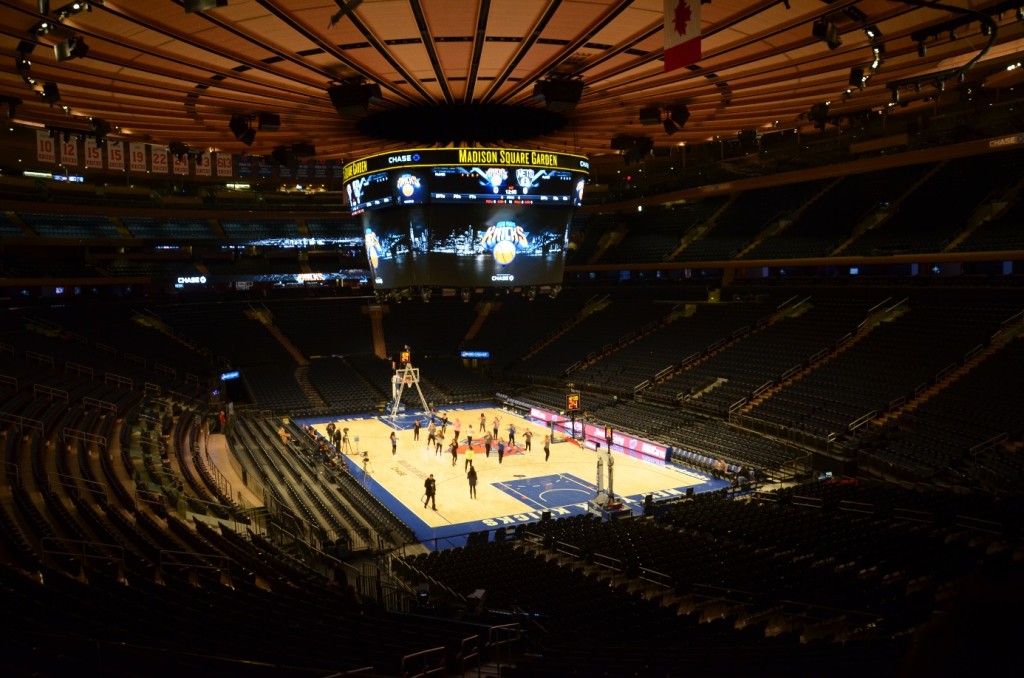 The next and final session of the current MESGO will take place in Rio de Janeiro (Brazil) from 29 February to 4 March 2016 and will focus on the future of sport governance.