The ninth and final MESGO session of the current edition started on Sunday 28 February with a welcome event near Ipanema beach in Rio de Janeiro. The Escola Capoeira Cidadã association, headed by Mestre Curumim, organised a workshop with capoeira, a Brazilian martial art, and samba before a cocktail party with traditional Brazilian food and drink.

On the Monday, the MESGO group was hosted by the Fundação Getúlio Vargas university, where two professors gave a presentation to introduce the context of sport in Brazil with an economic approach. In the afternoon, the group met Rio city hall’s head of international relations, ambassador Laudemar Aguiar. 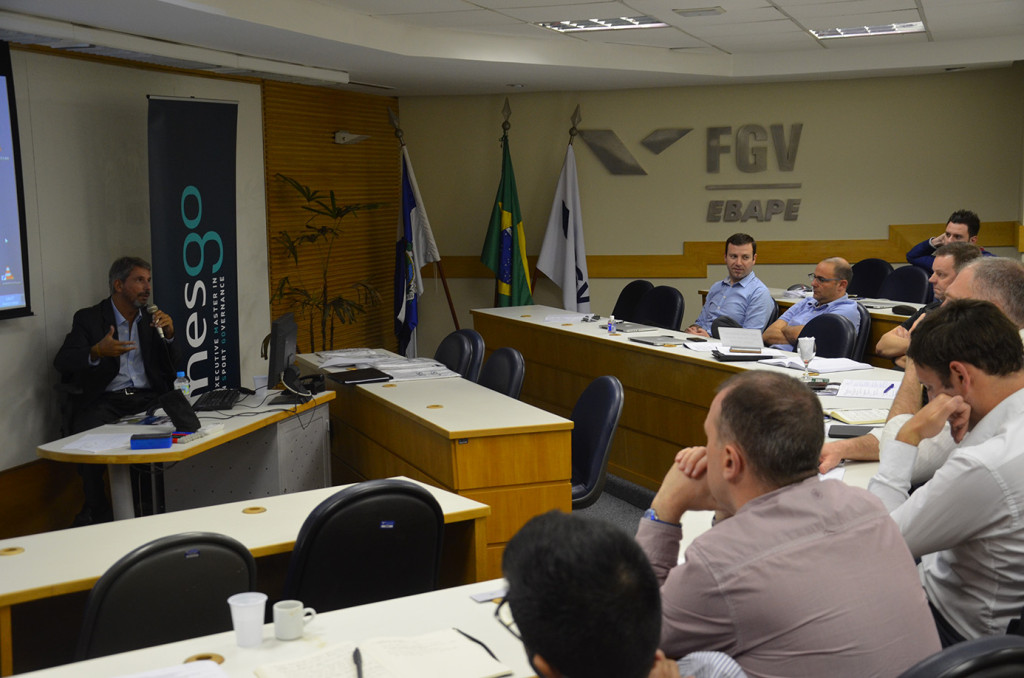 The next day, the MESGO team moved to Barra de Tijuca to spend the morning at the Brazilian Volleyball Confederation (CBV). Its chief executive himself, Ricardo Trade, gave a presentation on the development of the CBV, before talking about his previous experience as the chief executive of the 2014 FIFA World Cup local organising committee in Brazil. 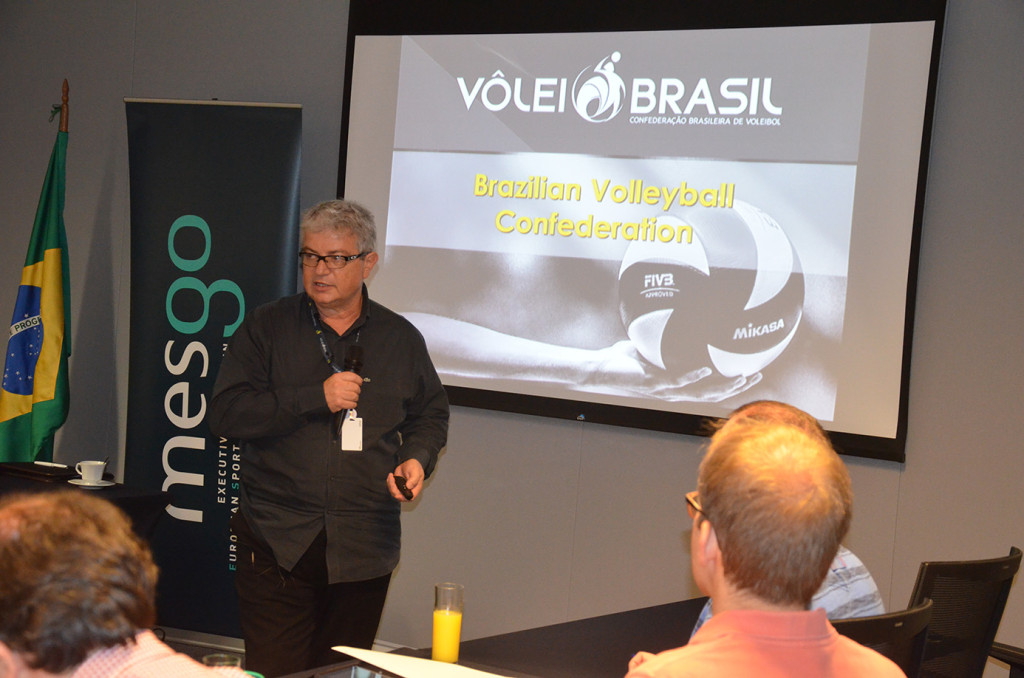 That day’s lunch break was at the Grand Mercure Riocentro hotel owned by GL Events, whose staff gave a presentation on their concept for temporary and sustainable facilities for major sports events. Andrew Parsons, president of the Brazilian Paralympic Committee and vice-president of the International Paralympic Committee, then provided his view about Paralympic sport in Brazil ahead of the Paralympic Games. The afternoon ended with a visit to the future Olympic and Paralympic venues organised by Delphine Moulin, General Manager of the test events for the Rio 2016 Organising Committee. These test events aim to test all operations involving competitions before the Olympic and Paralympic Games. 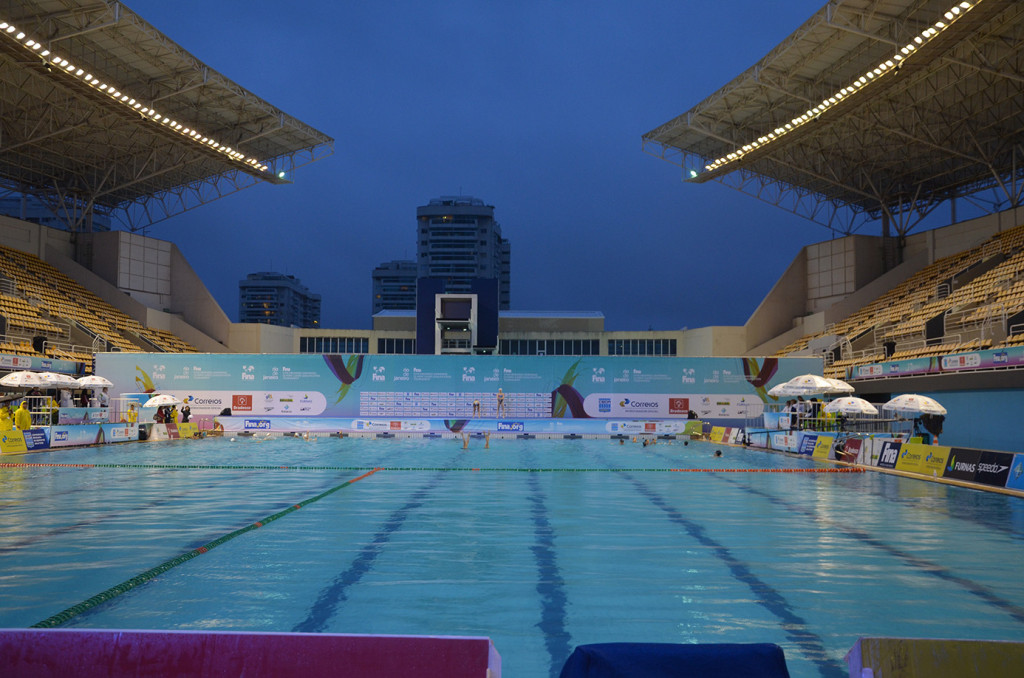 During the training session before the synchronised swimming test events 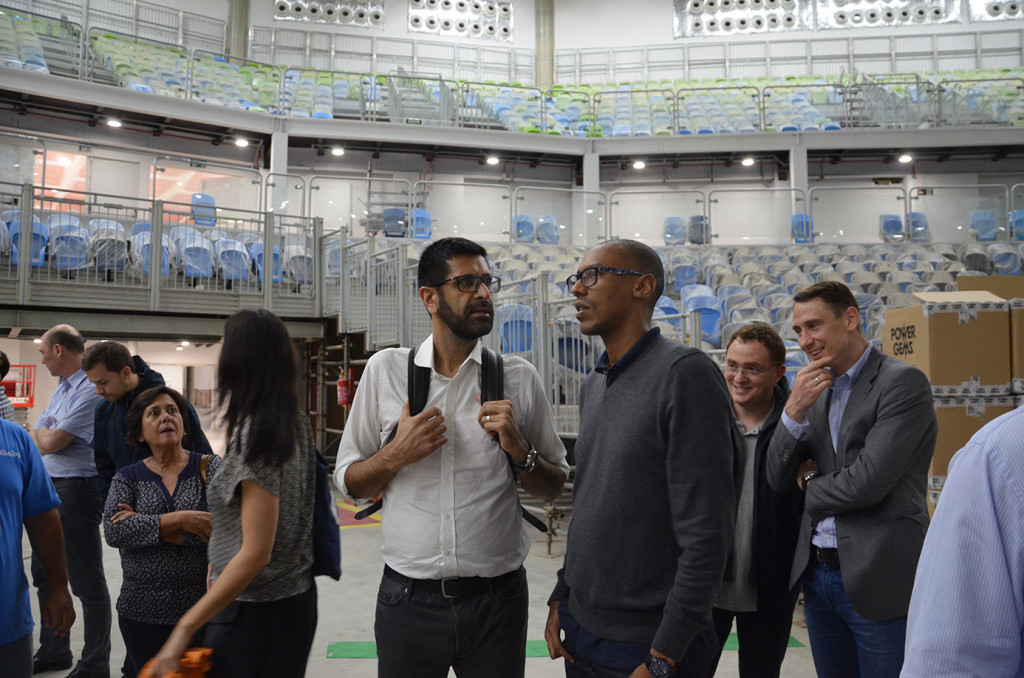 Visit to Cariocas Arenas in the Olympic Park

On the Wednesday, the MESGO participants were hosted by TV Globo, the biggest TV channel in Latin America, which is especially well known for its telenovelas (soap operas). João Pedro Paes Leme’s team gave various presentations about the company, with a focus on their sports broadcasting programmes. 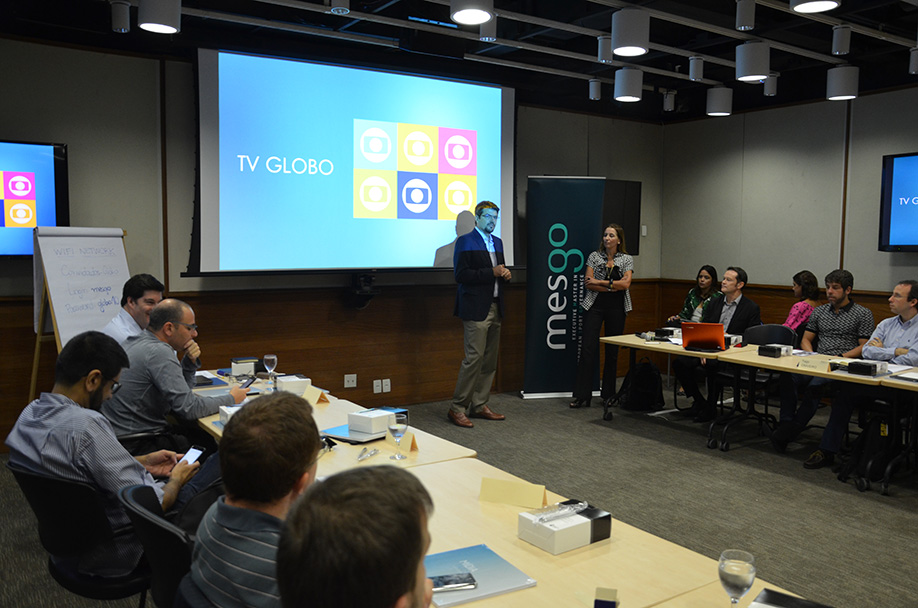 Former international judoka Flávio Canto, now a judo commentator at TV Globo, then gave a presentation on the Instituto Reação social project, which aims to develop judo in the favelas. To finish the Wednesday session, a representative of Esporte Clube Pinheiros in São Paulo explained the specificities of multisport clubs in Brazil, which mix grassroots and high-level athletes. In the evening the MESGO team gathered at Zazá Bistrô for a friendly dinner as the social event of the week. 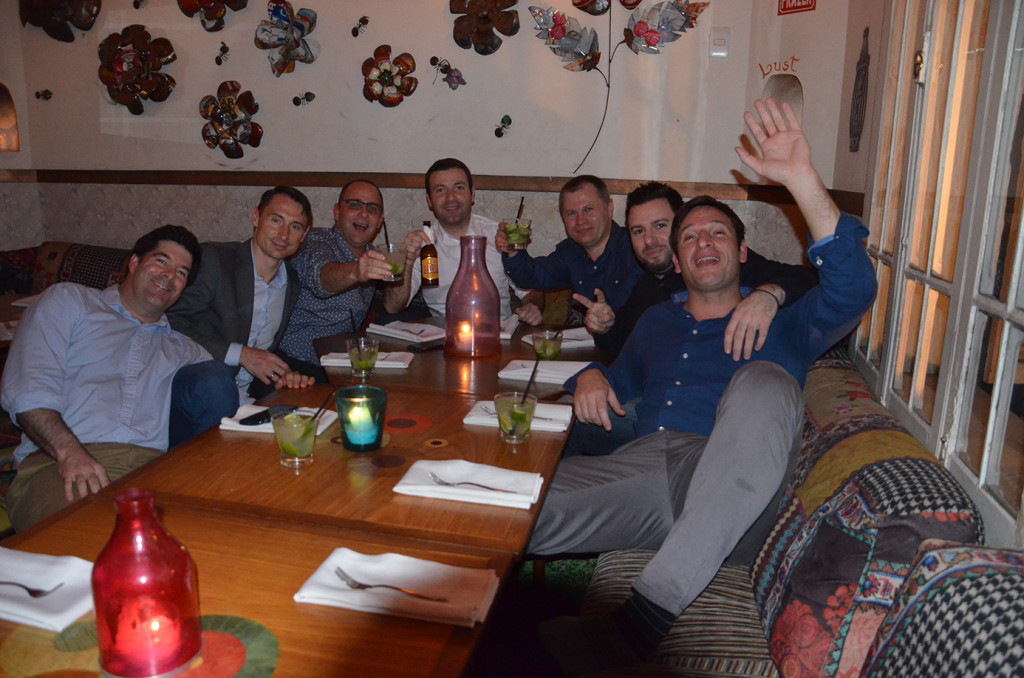 At the headquarters of the Clube de Regatas do Flamengo football club on the Thursday morning the MESGO participants were given an overview of the number one national sport by a speaker from the Brazilian Football Confederation, a sports lawyer and Bernardo Accioly, legal director of the club. 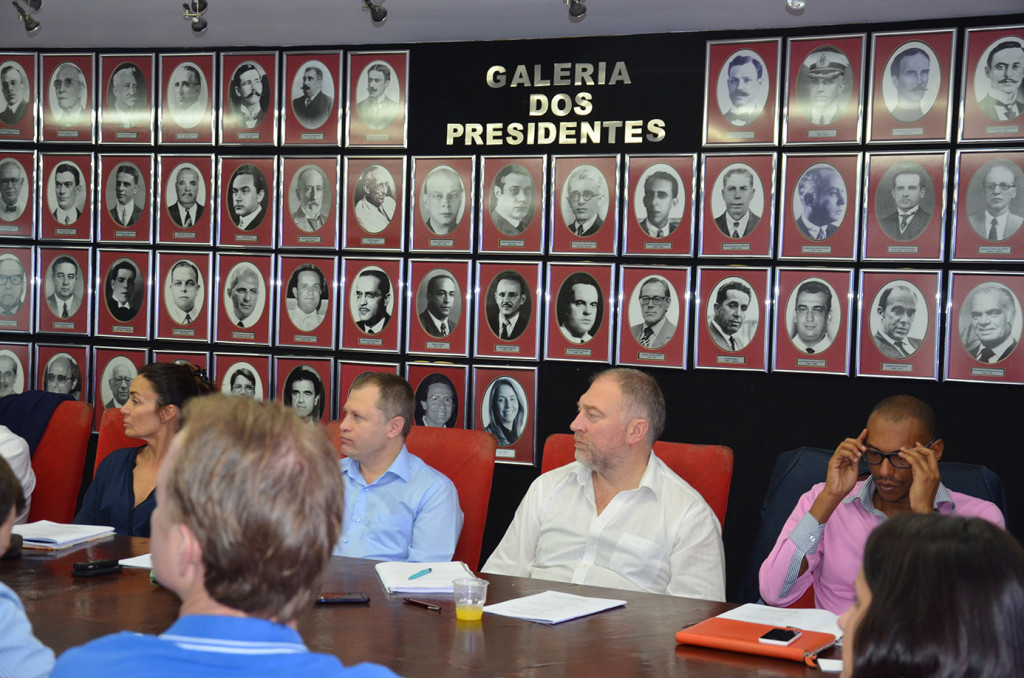 The group then went to Club France (or “Casa Bleue”) at the Brazilian equestrian centre (Sociedade Hípica Brasileira), future meeting point for the French Olympic movement during the Games in Rio. Alexandre Bazire, attaché for the Rio 2016 Olympic and Paralympic Games at the French ministry of foreign affairs and international development, gave a presentation on the “casa” concept: a place of reception and gathering in a friendly and festive, with the French Olympic team, to experience together the magic of the Olympic Games. A round-table discussion was then organised with Bruno Souza, secretary of sports and leisure for the city of Niterói and former international handball player, and Marcelo Hargreaves da Costa, former international volleyball player, who both played in Europe. 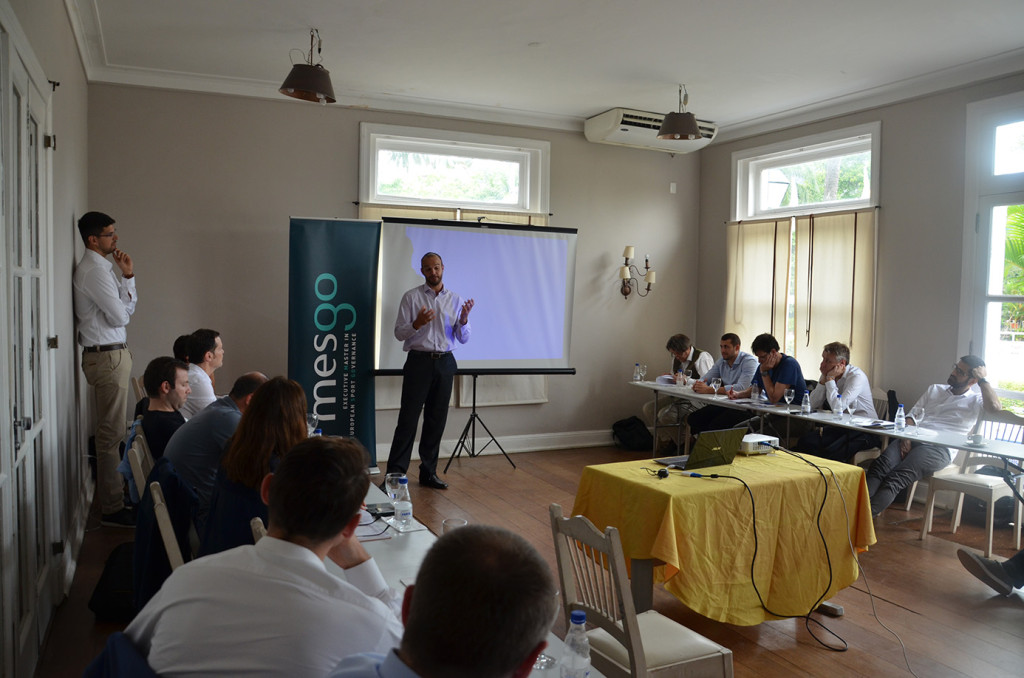 Round-table discussion at Club France with Bruno Souza and Marcelo Hargreaves da Costa, providing an exchange of viewpoints between Brazil and Europe

After that there was a visit to the Olympic and Paralympic rowing venue at the Rodrigo de Freitas lagoon. 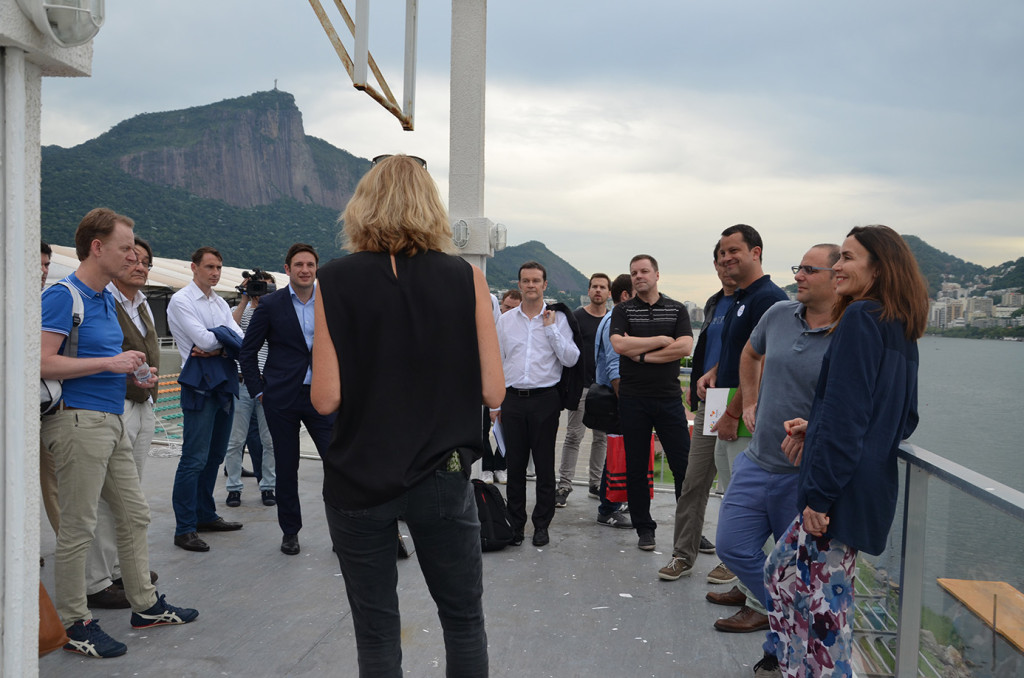 Session 9 finished after the group spent the Friday morning at Fluminense FC. 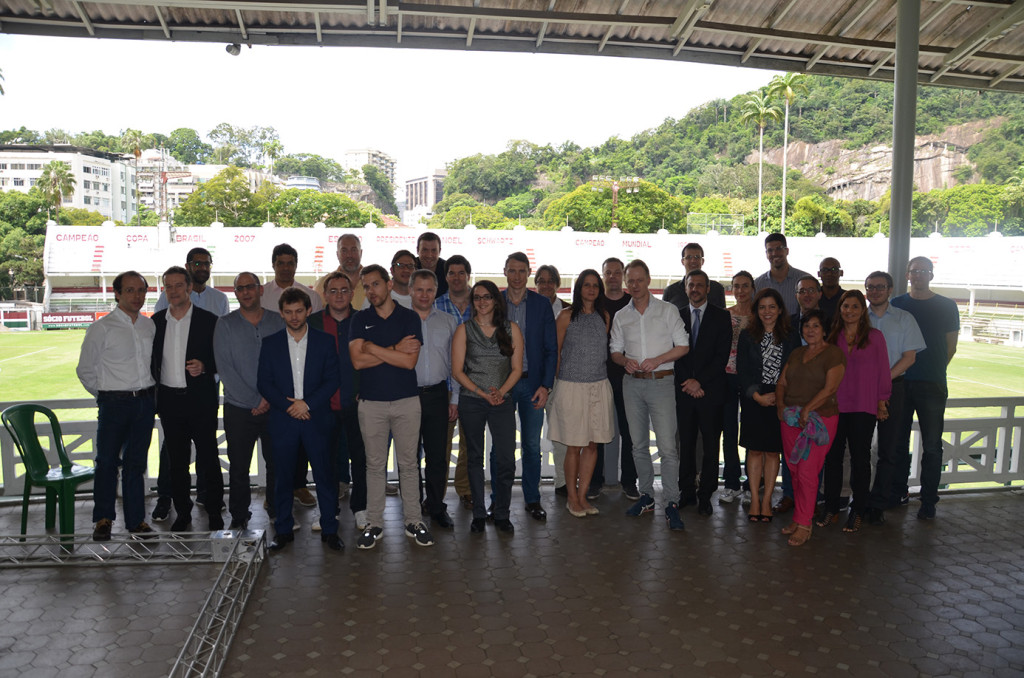 The MESGO group at Fluminense FC

Following a presentation about the Fluminense youth academy, the chief executive of Lagardère Unlimited Brazil (Lagardère Group), Aymeric Magne, provided a case study about the difficulties of implementing a project abroad. Finally, former international football player Raí Oliveira and his colleagues gave a presentation on the children’s association Gol de Letra and the project Atletas pelo Brasil which promotes sport. 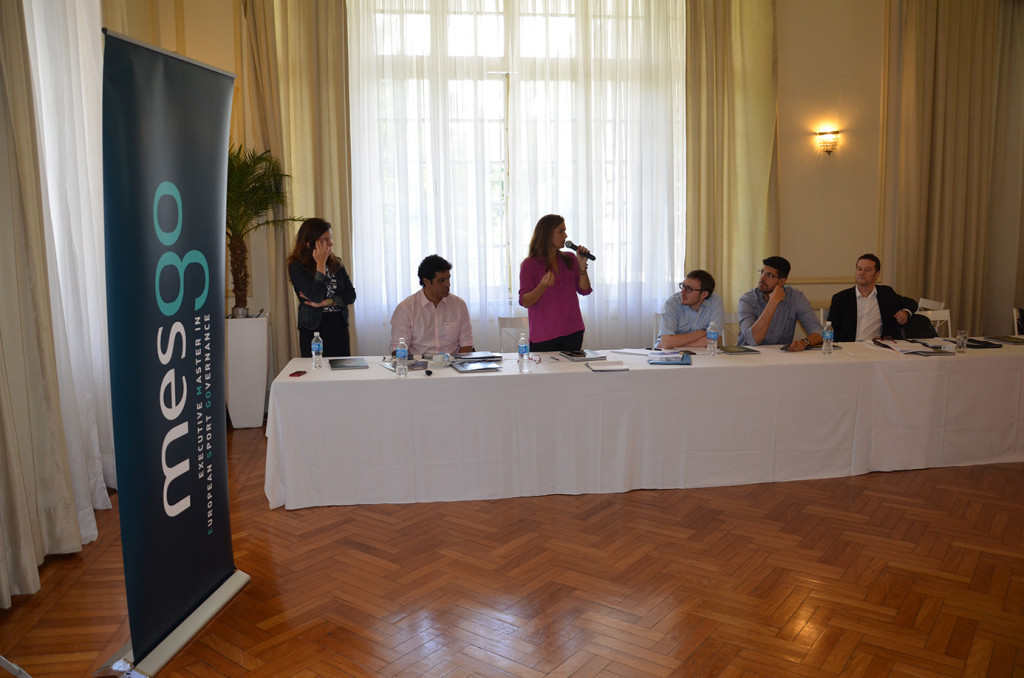 The final session of the next MESGO edition will take place in Tokyo in March 2018.

The MESGO participants will meet again at UEFA’s headquarters in Nyon on 31 March and 1 April as part of the viva voce exam session, during which they will each defend their professional thesis. The graduation ceremony on Friday 1 April will bring to a close the third edition of the programme.

The application process for the next MESGO edition is open until 12:00 CET on Monday 28 March.