On 31 March and 1 April, 20 participants in the third edition of the MESGO programme defended their professional theses at UEFA headquarters.

Here are a few examples of the theses presented: 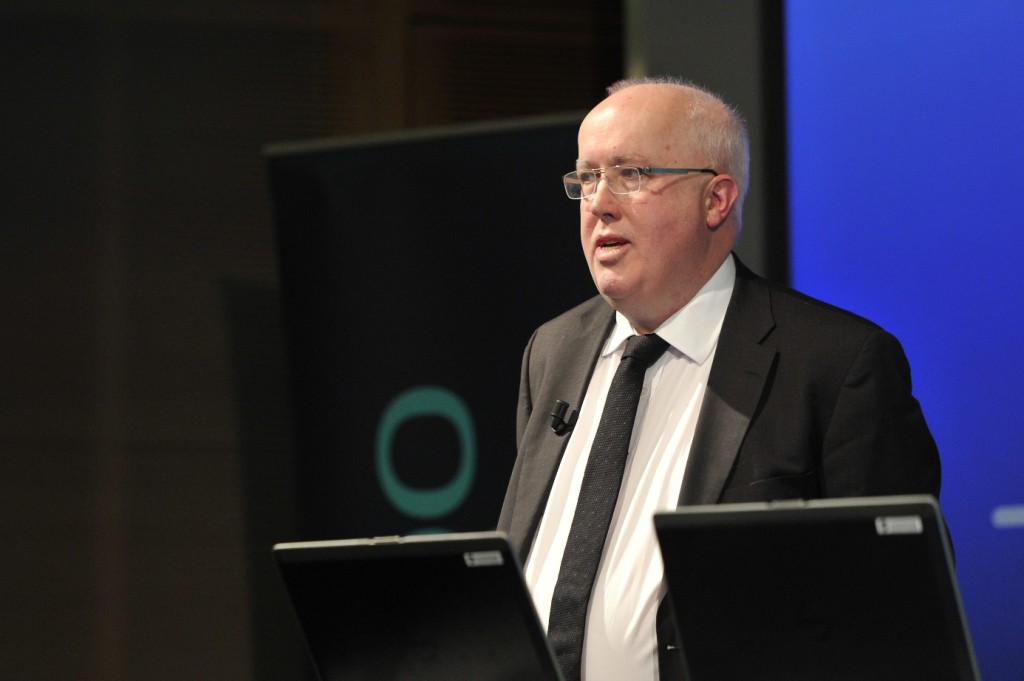 Sean Hamil, director of the Birkbeck Sport Business Centre at the University of London.

The graduation ceremony was chaired by Sean Hamil, director of the Birkbeck Sport Business Centre at the University of London. It began with speeches by representatives of a number of the programme’s academic and sporting partners: Giorgio Marchetti (UEFA’s competitions director), Nicolas Péjout (director of executive education at Sciences Po), Jean Brihault (president of the EHF), Didier Primault (general director of the CDES) and Elkhan Mammadov, general secretary of the Association of Football Federations of Azerbaijan (and a MESGO III graduate). 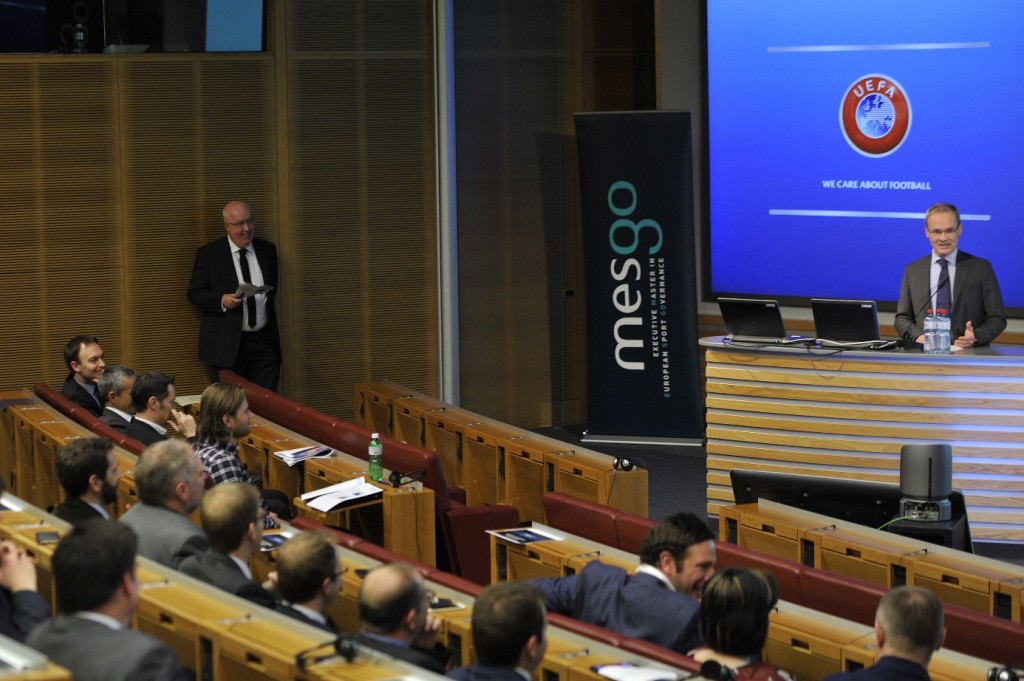 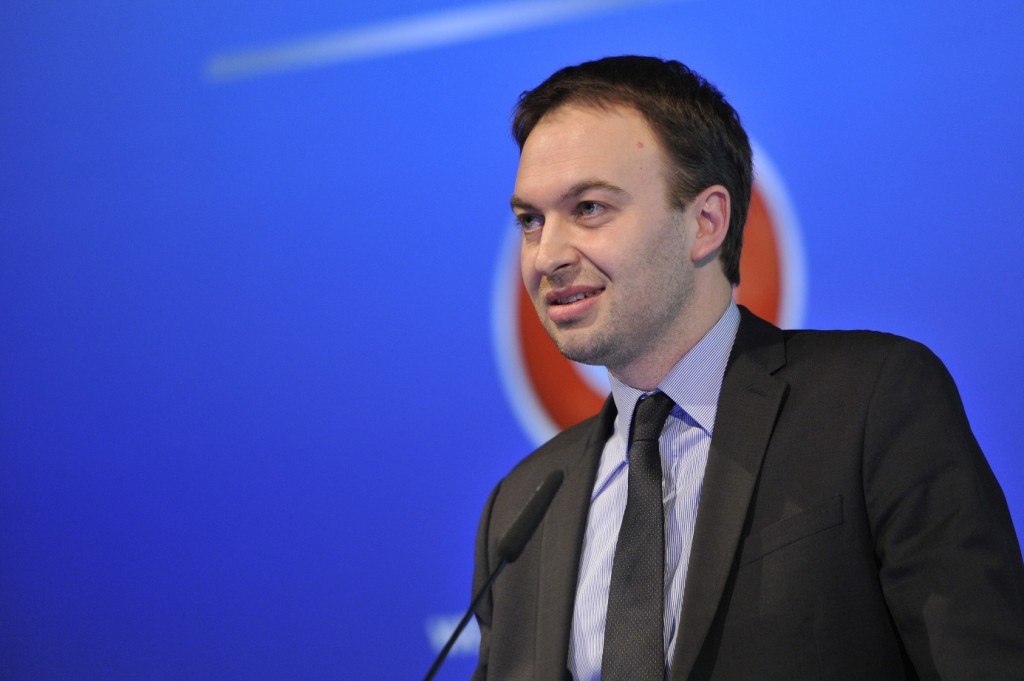 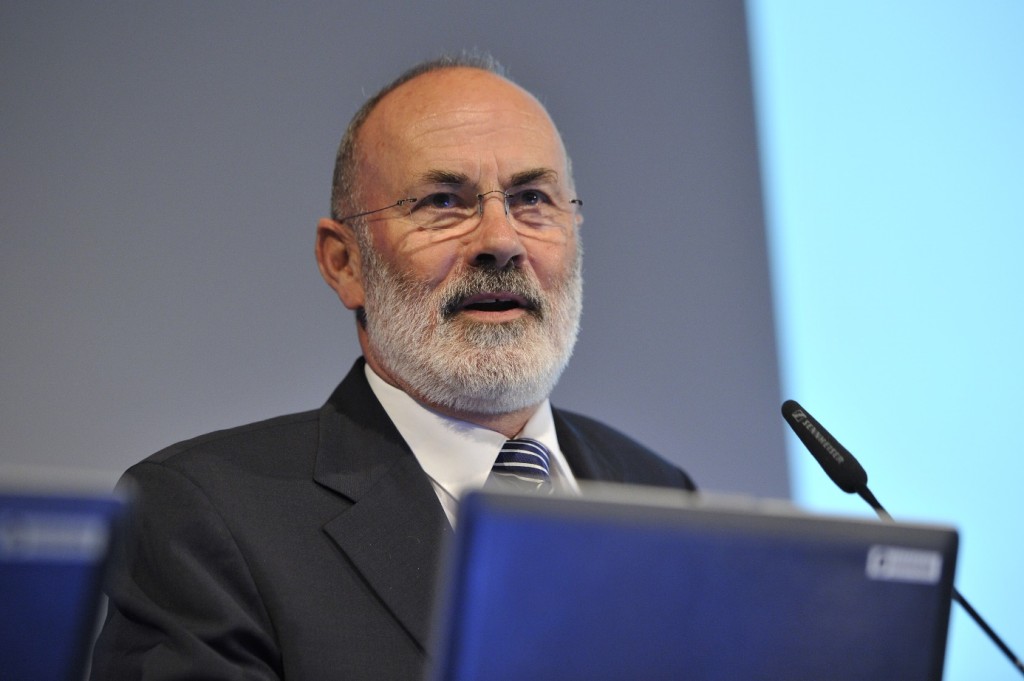 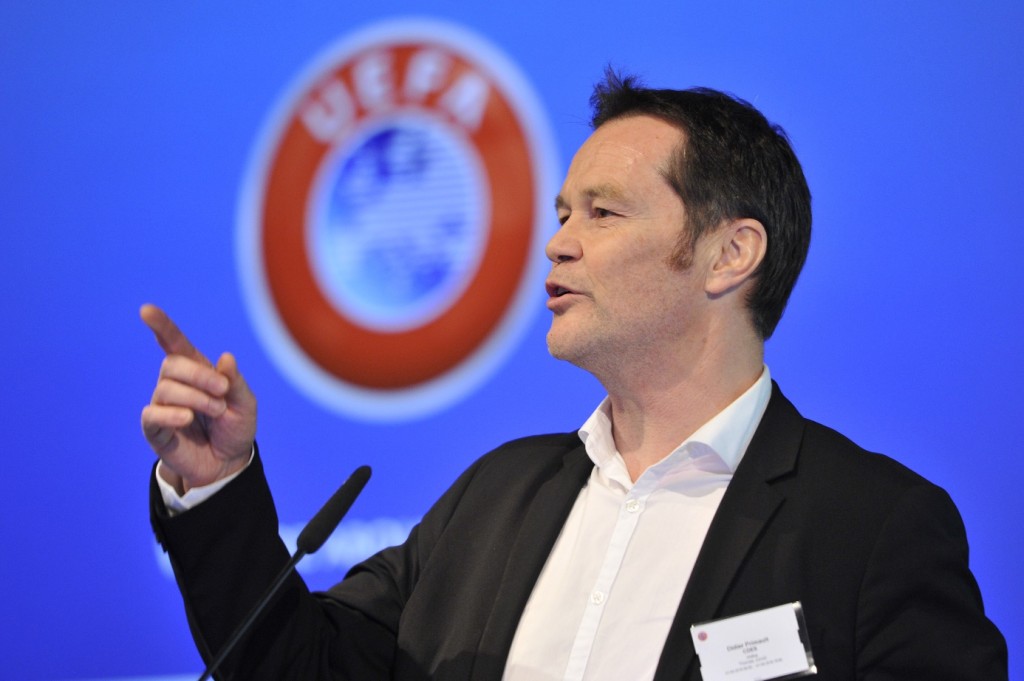 Didier Primault, general director of the Centre for the Law and Economics of Sport (CDES, Limoges – France). 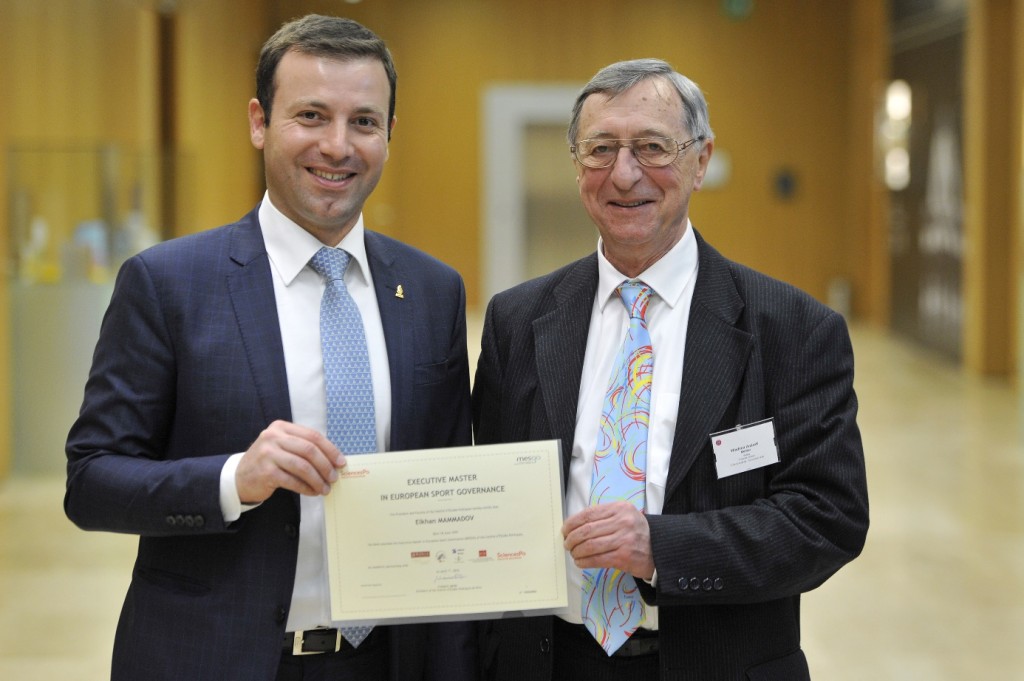 Elkhan Mammadov, general secretary of the Association of Football Federations of Azerbaijan (and a MESGO III graduate), with his thesis mentor, Wladimir Andreff.

Those speeches were followed by a slide show and a video montage (produced by Future Learning) looking back at the programme. Then, young explorer Teodor Johansen gave a keynote speech about achievements in life. Aged just 24, he has successfully crossed Antarctica and climbed a series of 5,000m and 6,000m peaks around the world. He has also been on three 8,000m expeditions, becoming the youngest person from Scandinavia to climb Mt Manaslu (8,163m). He almost lost his life on Mt Everest when an earthquake struck in 2015. 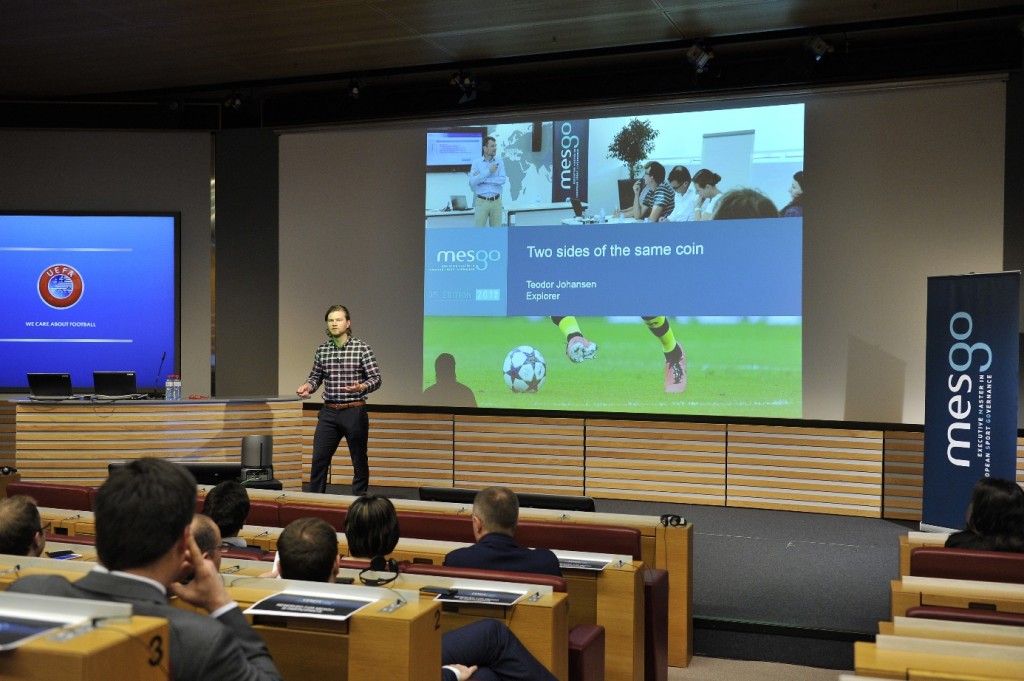 There were also musical interludes by the band Less Than Four (Francis Stoessel, Timothy Verdesca and David Tixier). 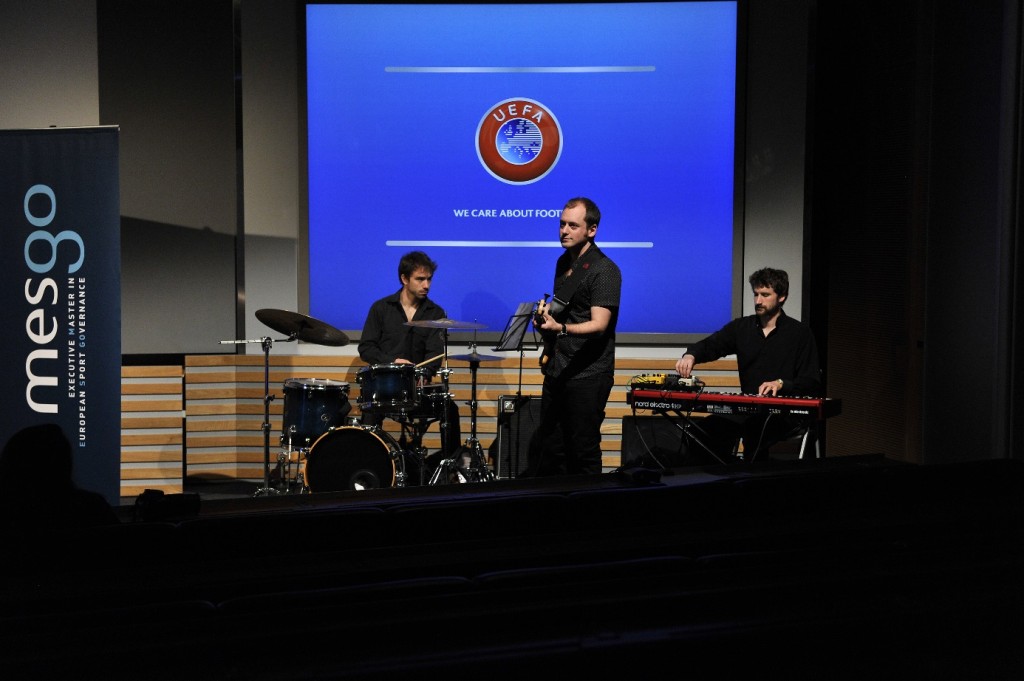 The MESGO programme’s academic and sporting partners are proud of their 20 new graduates and look forward to watching them contribute to the improvement of sports governance, both in Europe and beyond. 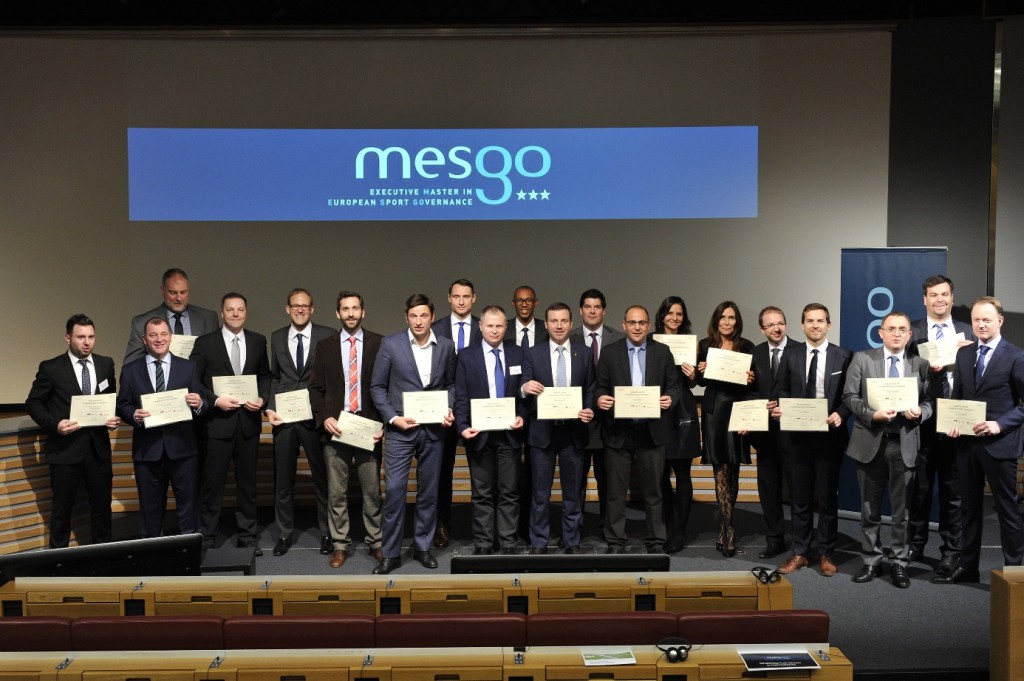 The 20 MESGO III graduates at UEFA.

The fourth edition will start in September 2016 and will involve sessions in two new locations: Amsterdam and Tokyo.

For more information on applying, take a look at the MESGO website: www.mesgo.org/apply-now