From 4 to 8 December 2017, the MESGO IV participants were in New York for the penultimate session of the programme, which was dedicated to the North American sports model.

Organised by Francesc Solanellas, professor in sports management at the National Institute of Physical Education (INEFC) and Didier Primault, general manager at the Center for Law and Economics of Sport (CDES), this eighth session was aimed at presenting the organisation of sport in North America from a legal, economic, sociologic and media perspective.

The participants were able to discuss the distinctive features of the American sports system, such as the salary caps, the draft and revenue-sharing systems, with prestigious speakers including Sunil Gulati (President of the US Soccer Federation), Mark Tatum (Deputy Commissioner and Chief Operating Officer, NBA), Jorge Perez (Senior Vice President of International Affairs and Litigations, MLB) and Matt Hong (Chief Operating Officer, Turner Sport).

Among the other topics covered during the week were college athletics and the university sports system (NCAA), the peculiar relationship between competition law and professional leagues in North America, with the specific case of baseball and the importance of collective bargaining agreements as well as the changing sports media landscape in the United States.

Participants also had the opportunity to attend a basketball game at the prestigious Madison Square Garden.

The next and final MESGO session will take place in Tokyo (Japan) from 5 to 9 March 2018 and will be dedicated to the future of sport. 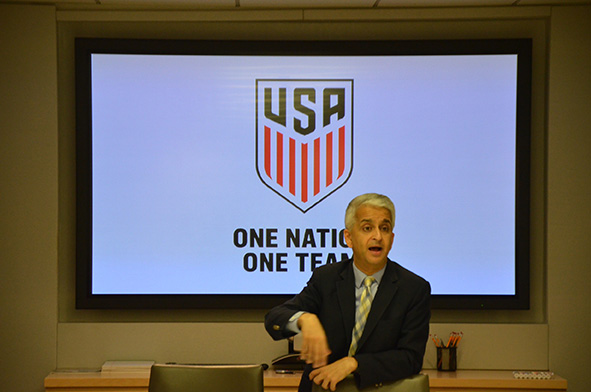 Start of session 8 with the presentation of the development of soccer in the United States in the last 30 years by Sunil Gulati, President of the US Soccer Federation and Professor of Economics at Columbia University. 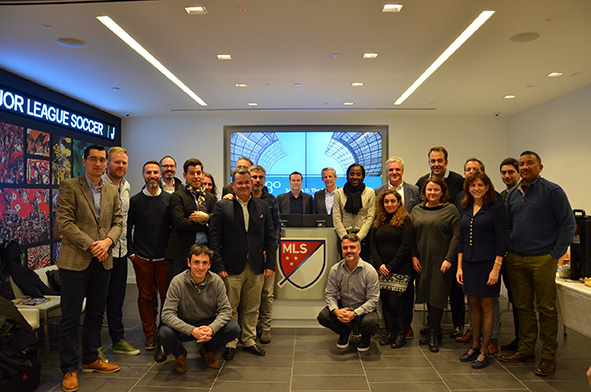 The MESGO IV participants at the Major League Soccer (MLS) 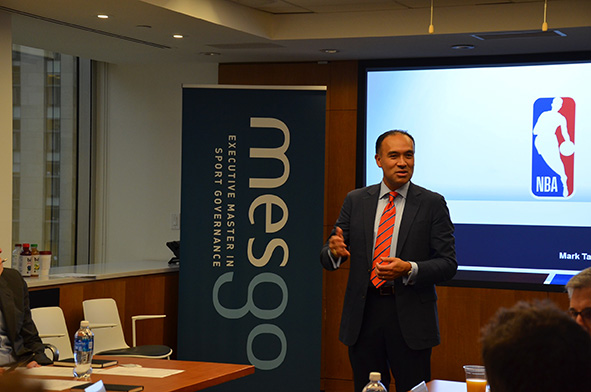 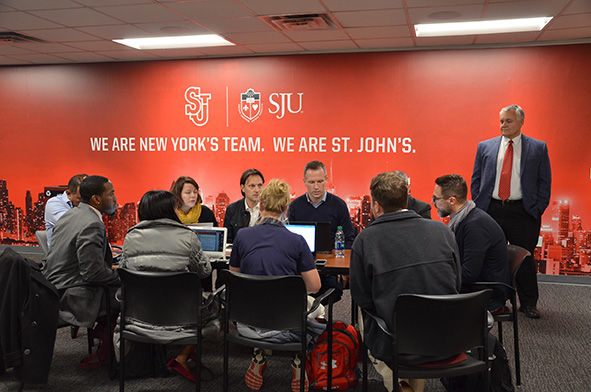 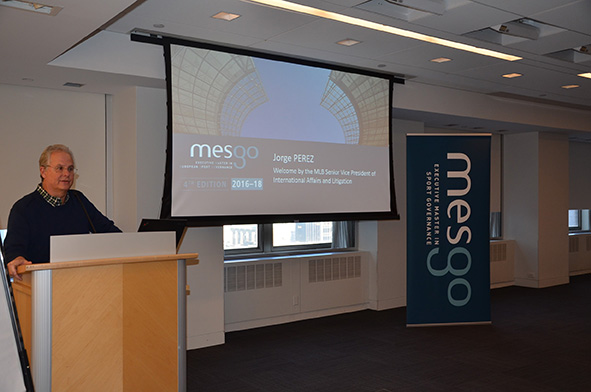 At the Major League Baseball (MLB): Welcome by Jorge Perez, the MLB Senior Vice President of International Affairs and Litigation. 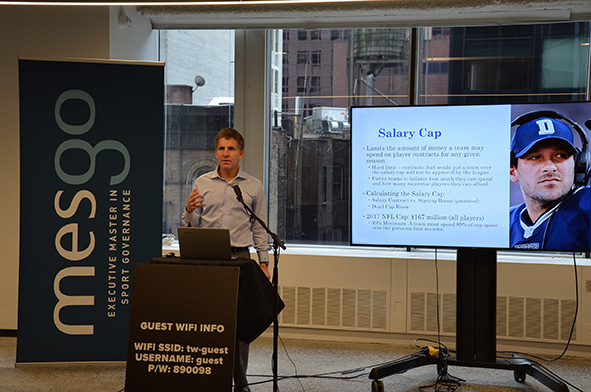