The MESGO III participants were in Brussels from 16 to 20 March 2015 for their fourth session, which focused on the legal frameworks in European sport.

They visited the stadium of RSC Anderlecht on the Monday for an introduction to this legal week, then received a warm welcome from the Royal Belgian Football Association on the Tuesday, when a round-table was organised to discuss the role of the Court of Arbitration for Sport (CAS). 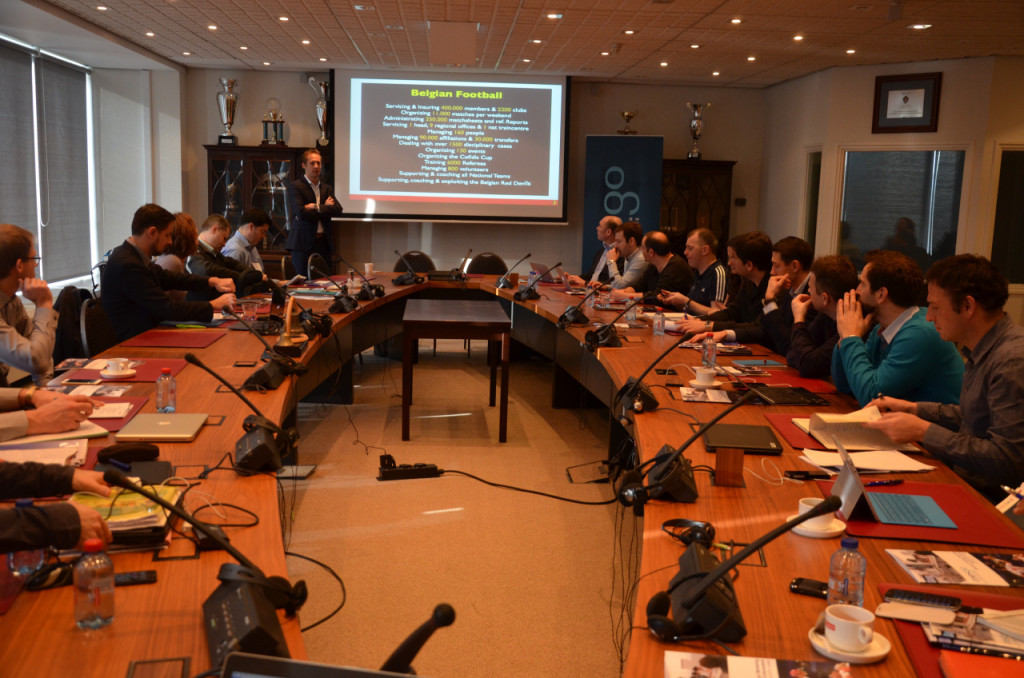 The Wednesday was dedicated to EU law. Hosted by the Committee of the Regions, the participants got to meet Gianluca Monte (case handler, DG Competition) and Julien Zylberstein (legal counsel, UEFA), both of whom are former MESGO graduates themselves. They were joined by two keynote speakers from different DGs of the European Commission: Dimitrios Kontizas (DG Employment, Social Affairs and Inclusion) and Zenon Severis (Sport Unit, DG Education and Culture). 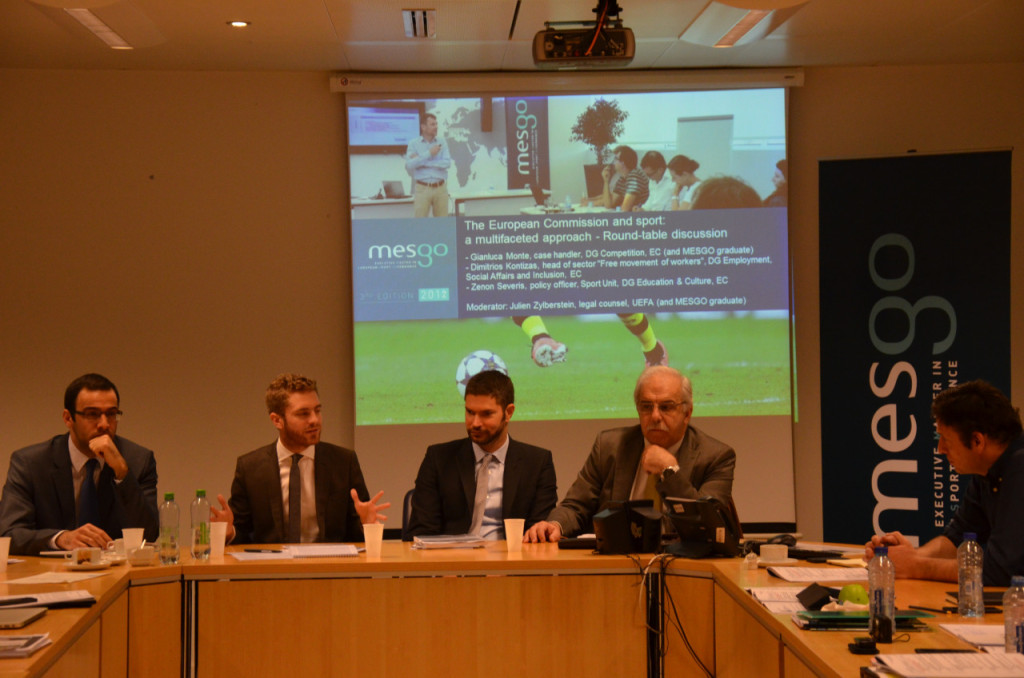 European social dialogue was the main topic discussed on the Thursday, before moving on to EU lobbying on the final day.

As usual, a team-building event was organised during the week – in this case some traditional beer tasting in the cellar of “Moeder Lambic”.

Beer tasting in the cellar of “Moeder Lambic”

The next session, dedicated to strategic marketing, will be held in London from 20 to 24 April 2015.