As usual during the MESGO programme, the fourth session was organised in Brussels and dedicated to Legal Frameworks. Codirected by Nathalie Alaphilippe and Jean-Christophe Breillat, both lawyers at CDES, this session took place from 13 to 17 March 2017 in different venues such as the Constant Vanden Stock stadium, the Royal Belgian Football Association, the DG Education and Culture of the European Commission (including the Sport Unit) and EU Athletes within UNI Europa headquarters. 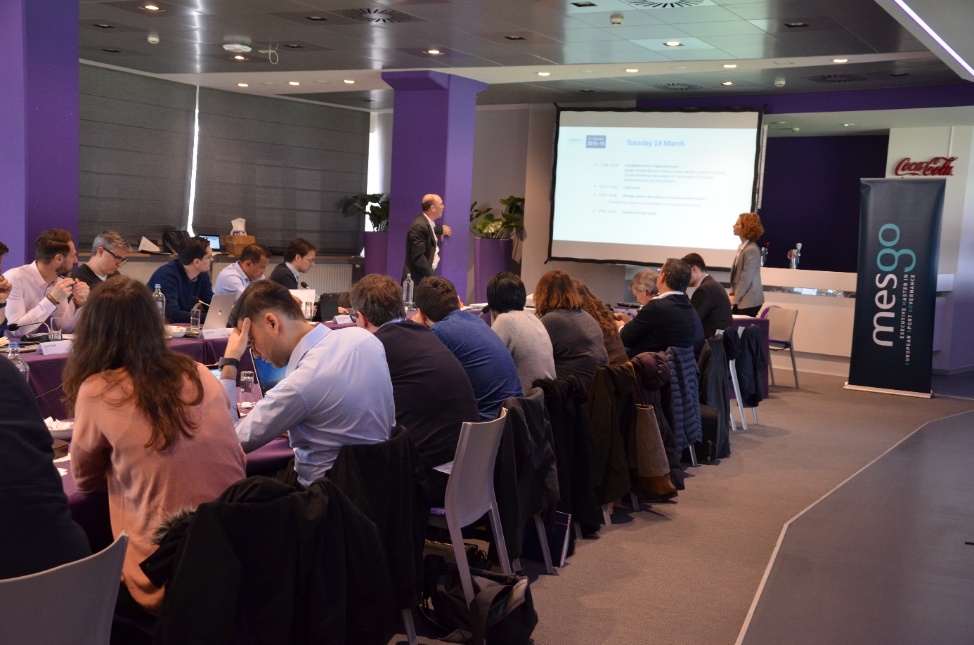 The legal session started on Monday afternoon with a presentation about the basics of Swiss law by Michele Bernasconi (partner at Bär & Karrer AG), before moving to a round-table discussion with Antonio Rigozzi (lawyer acting before CAS) and Reiner Martens (CAS arbitrator). On Tuesday, after a welcome speech given by Koen De Brabander (Secretary General of the Royal Belgian FA), the MESGO participants had an overview of the legal department of the FC Bayern München by Michael Gerlinger (legal director). In the afternoon, after a presentation by Michael Beloff QC on the importance of sound proceedings as regards the disciplinary powers of sports organisations, Professor Richard McLaren provided a presentation about investigations by an independent party, following his two reports on WADA investigation on Sochi allegations. 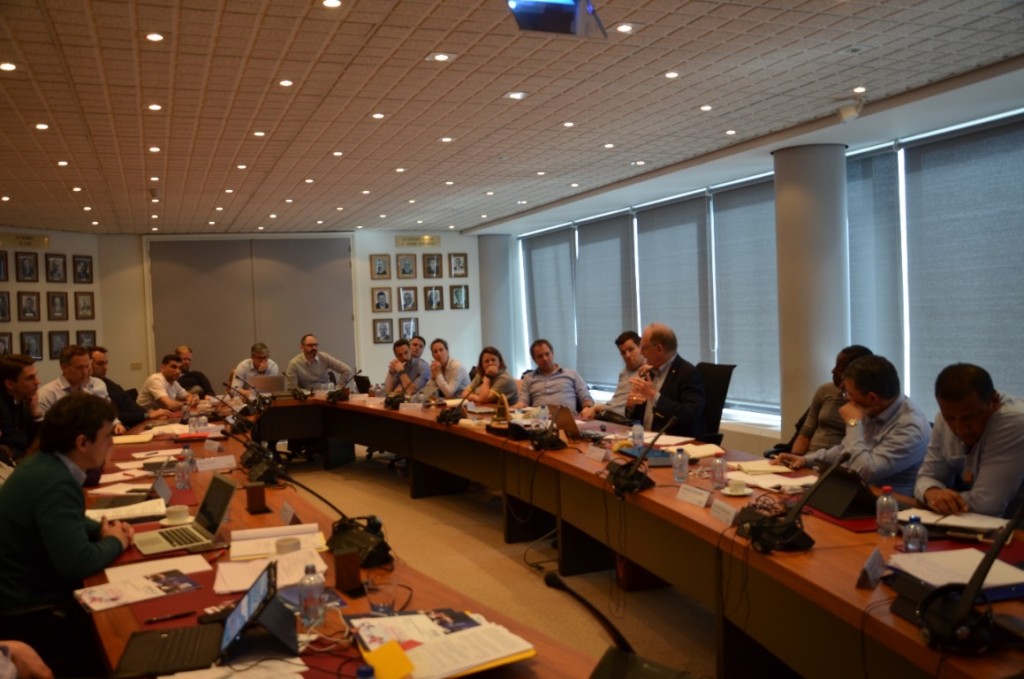 At the Royal Belgian FA: Richard McLaren’s presentation about investigations by an independent party.

The following day took place within the Sport Unit at the DG Education of Culture of the European Commission and was dedicated to EU law and its application to sport. After a presentation on the fundamentals of EU Law and sport by Michele Colucci (lecturer in sports law and member of the legal sector at the European Personnel Selection Office), the participants were explained the aim of European social dialogue by Emilie Coconnier (administrative and financial director of COSMOS). Then, the afternoon started with a presentation on EU Law and its application to sport from the sport’s movement perspective with Julien Zylberstein (UEFA legal counsel), the latter also moderating the roundtable discussion that followed on the relation between the EU Commission and sport with Gianluca Monte (Case Handler within the DG Competition of the European Commission) and Szabolcs Horváth (responsible for European sports policy as a cabinet member of EU Commissioner Tibor Navracsics). The day ended with role playing cases led by Prune Rocipon (legal counsel at the French ice hockey federation), and a range of indoor sporting activities (squash, spinning and climbing). 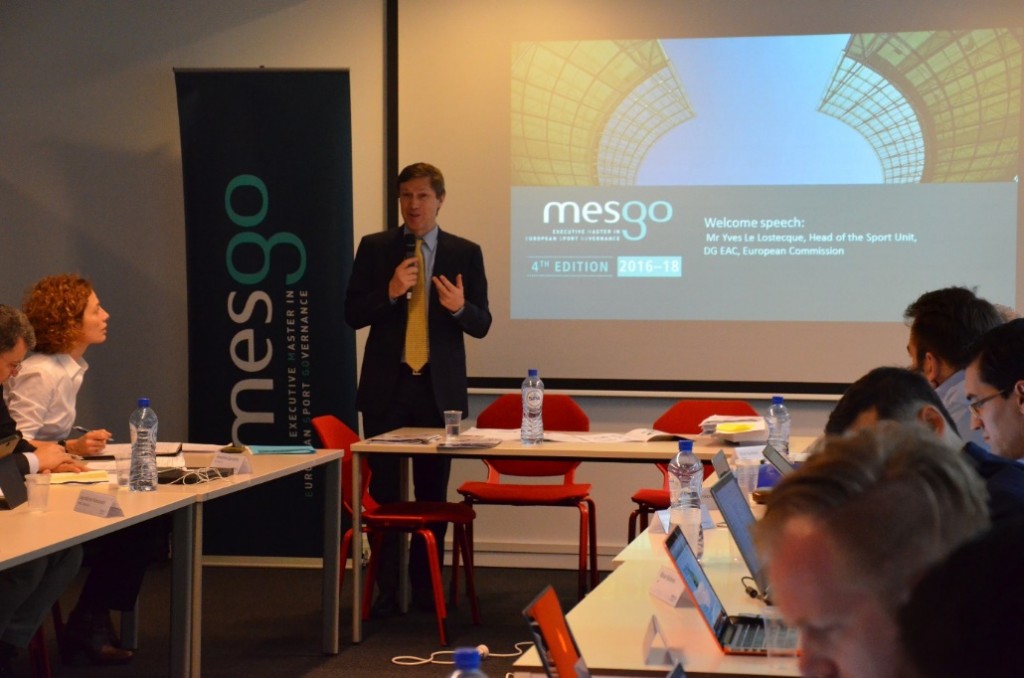 Welcome speech by Yves Le Lostecque, Head of the Sport Unit, DG Education and Culture of the European Commission.

Day 4 was organised at the UEFA representative office to the European Union where Doris Pack, President of EPP Women and former member of the European Parliament provided her perspective about the current challenges and future trends of EU law related to sport. The MESGO participants then presented two case studies: one about the FIA’s judicial mechanisms and the other about EU law and sports governance. The day ended with a methodology workshop about the MESGO professional thesis, followed by the social event of the week: beer tasting before having dinner in a restaurant. 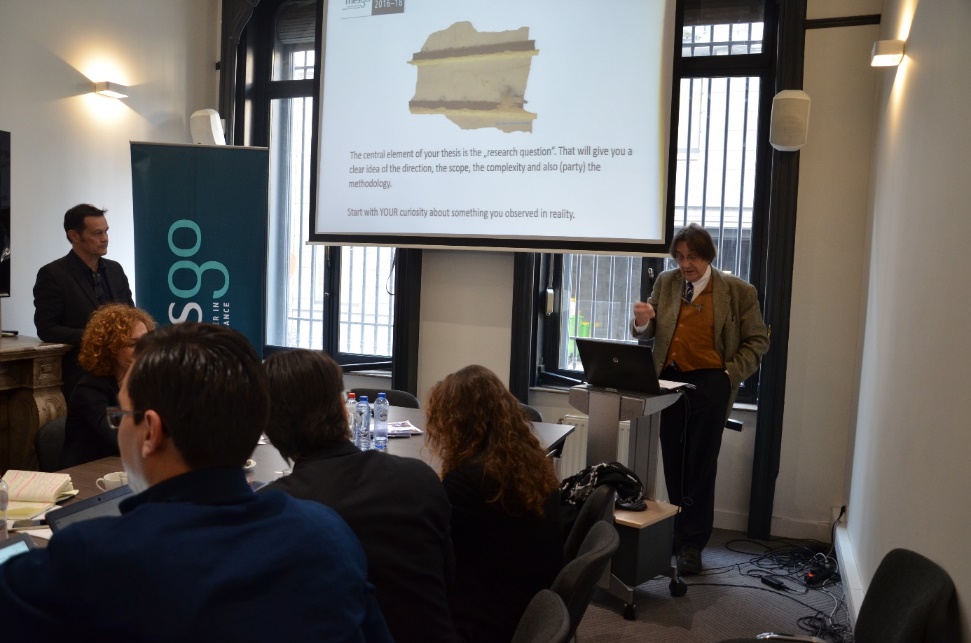 Methodology workshop directed by Jean-Jacques Gouguet, Emeritus professor of the University of Limoges and Head of Economic Studies at the Centre for the Law and Economics of Sport (CDES). 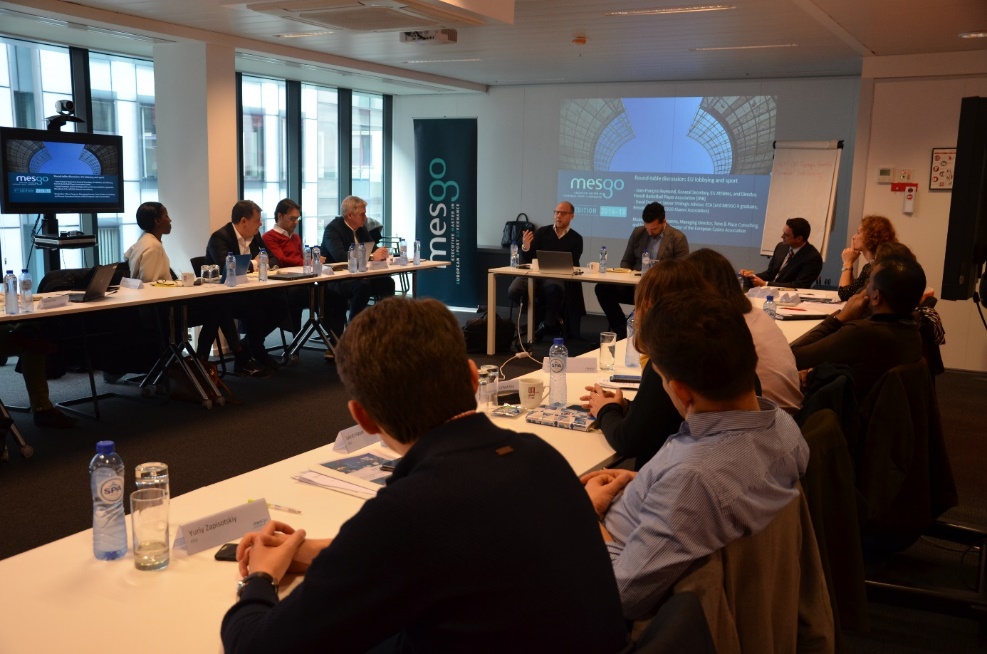 Round-table discussion about EU lobbying with, from left to right: David Frommer, Jean-François Reymond and the moderator, Glenn Cezanne.

The next MESGO session which will take place in London from 24 to 28 April June 2017 will focus on strategic marketing. It will end with the MESGO Alumni event gathering graduates of the three previous MESGO editions and the current participants.